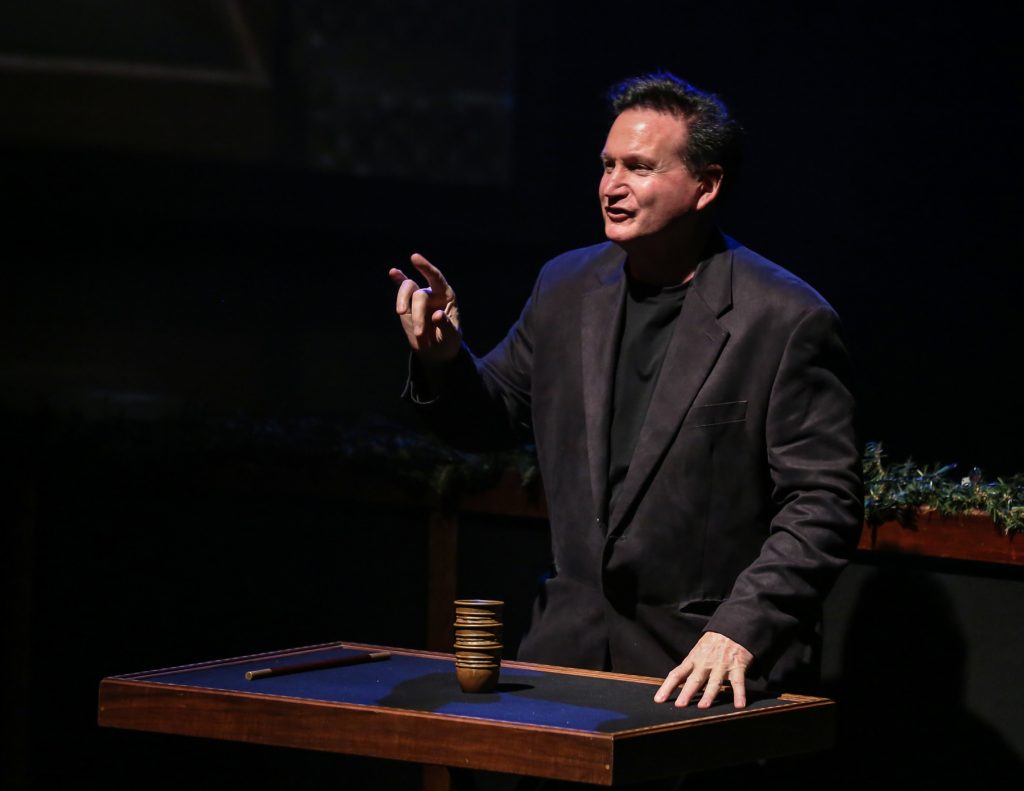 Magic and illusionists have a rich history, one that Dave and Denise Hamner are proud to build on this tradition with modern and new takes on classic illusions. Explore the history of magic with us!

Related Post: Magic With Heart at Our Branson Variety Show

We have to look at an Egyptian papyrus scroll dating back to the time of Khufu (or Cheops), who reigned as Pharoah in the 2700s BCE. Some of his recorded tricks include the illusion of cutting a goose in half and then making it come back to life (just like we saw someone in half in modern times). He was also famous for cup-and-ball tricks, where a ball would be underneath a cup one instant and then gone the next.

Cup-and-ball tricks became popular with a traveling troupe of magicians in Ancient Rome called the Acetabularii. The group used small stones and vinegar cups to perform their tricks.

Isaac Fawkes was one of the first professional magicians, rising to prominence in the early 1700s in England. He performed for monarchs and royalty with his sleight of hand with cards, amassing a fortune of more than 10,000 pounds.

Jean Eugène Robert-Houdin opened his first magic theater in 1845 in Paris. Rather than travel to fairs and shows throughout the countryside, people traveled to see him instead. He is credited with being the father of modern magic shows.

Robert-Houdin grew up a clockmaker but developed a knack for showmanship early in life. His main act was having his son on stage, blindfolded, and then guessing the objects the magician held up while standing in the audience. (The key to this trick was the verbal code father and son used and memorized beforehand.)

If Robert-Houdin’s last name sounds familiar, the illusionist Harry Houdini adopted the last name as his stage name and then became one of the most celebrated magicians in the world.

Watch Us Build on the Magical Tradition at Hamners’

The world’s first magic showman rose to prominence nearly 180 years ago, a tradition we carry on today with traditional illusions and a few twists and turns along the way.

Purchase tickets to the only magic and variety show in Branson, where we celebrate and build on the long history of illusions and magic. Contact us or call 417-334-4363 for more information.

PrevPreviousWhy Do We Love Magic Shows So Much?
NextTop Five Books on Learning to Do Magic for BeginnersNext